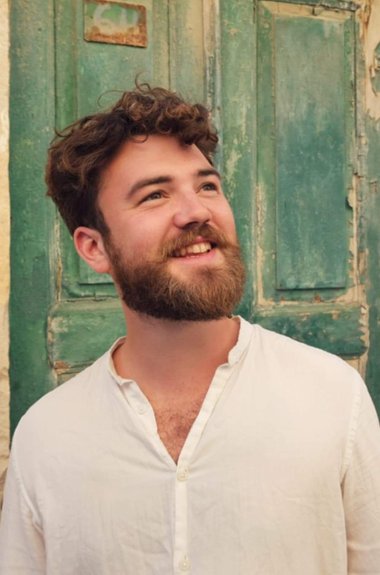 For the year 2021, I am focusing on building up the World Session's streaming studio (www.worldsessions.se). Making a pedagogic music book and cd toghether with Olle Pelayo Lind and guest artists. Make tours for artist in the Musik över Kattegatt network.

From the beginning, a flutist with the classical approach, but fell more and more into the wonderful world of folk music. The first passion became the Nordic and Irish folk music . But when the sound of a French bagpipe grace my ear , I had to learn this amazing instrument . The bagpipes that I now constantly trying to help to develop - anything not to feel musically confined to a particular genre. At age 15 , I was involved and worked in a cultural project in Malmö ( my hometown ) , where I encountered the Greek bouzouki. With the bouzouki the Greek musical treasure opened also up, Not only the Rebetiko music , but also a whole lot of the rural ”folk” music where my friends live (especially in Thessaly, Greece). With this I became a member of the Greek band OPA! who has played extensively throughout the north and in Greece since 2007. OPA ! competed also in the Swedish Eurovision Song Contest 2012 (Melodifestivalen). However , the world of music is big, and because the passion for rockin', unpolished and honest music is strongly rooted in me , I eventually got a incurable passion for another French folk music and culture, and when I heard the song and the rap tunes of the one-row accordion style – The cajun music in Louisiana , I became completely obsessed . With great passion I and some amazing musicians started the cajun band Alligator Gumbo 2008, Alligator Gumbo that have become hailed not only in the North, but also in Louisiana. Alligator Gumbo have also won first and  second runner up position in ”Le Prix D'Hors de Nous 2014”. It's after my travels and meetings with idols , legends and new friends that I really feel that music is both an expression and a language. To understand music , one must understand the culture. Music and culture is something that we got togheter. It is the most beautiful world language that exists, where everyone can feel joy and understanding. Where everyone also got their own character and tone , a bit like a beautiful accent. I'm still on the loose in this culinary world, where the search for amazing music will never end. My search continues , with strong and continued burning interest in all the work I do!

The didactics of kulturskolan